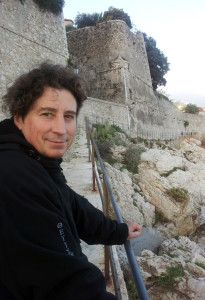 Pere Forès Co-founder, Administrator and Director of ICTINEU Submarins SL. Industrial Designer and co-founder of the Ictineu Institute, Catalan Submarine Research Centre in 2004. He has worked as an industrial designer, model maker, modeller, and after studying naval design has worked in the construction of recreational sailing and racing vessels for 15 years. He specialized in construction materials and processes involving composites and new materials. He built his first submarine at the age of 11, and later has designed and built his own sailing boats, being the last one an open racing ship with which he has crossed the Atlantic twice. He has sailed for 30 years. He has conceived and designed the ICTINEU 3 and its functionalities. He co-wrote the book l’Atlàntic a quatre mans (The Atlantic four hands).

Carme Parareda Co-founder, Administrator and COO of ICTINEU Submarins SL. As a Geodesy Engineer she worked in the service of the Cartographic Institute of Catalonia for 15 years, since 1992, in the field of geodesy, high accuracy positioning and GPS navigation techniques. In 2004 she re-oriented her carreer to ocean observation and underwater technology, co-founding in 2004 the Ictineu Institute, Catalan Submarine Research Centre where she is the Secretary, and in 2007 ICTINEU Submarins SL. At the same time she coordinated the Argo Maris Foundation activities (sea exploration and outreach). She is a board member of the Catalan Maritime Cluster. A traveller who loves adventure sports and mountaineering, after crossing Mongolia by bike, she sailed across the Atlantic twice. She co-wrote a book l’Atlàntic a quatre mans (The Atlantic four hands).